Most traders will tell you that you have to learn every single chart pattern under the sun to be a successful trader. The truth of the matter is that you could probably be successful without knowing any. That being said, knowing a handful of the most accurate and profitable chart patterns and when to use them will add extra confidence and odds of success to your trades.

Technical trading is an art not a science. Although a good trading strategy is as mechanical as possible, when applying it to a market controlled by millions of psychological beings, it becomes an art. In a text book, chart patterns are easy to identify. In reality though, patterns are likely to be messy and at times, quite subjective. However with a bit of practise and a good understanding of a handful of proven patterns identifying them will become second nature.

Chart patterns separate into two categories; reversal and continuation. As the names suggests a reversal pattern is at the extreme of a trend, indicating that the trend is coming to an end. Continuation patterns, therefore indicate that a trend is likely to continue to make higher highs and lows (assuming an uptrend).

I use chart patterns to support my analysis, usually in the form of continuation patterns. In a strong uptrend for example, a reversal pattern is irrelevant to me because it isn’t going to give me a set up. It may just prompt me to manage an existing trade. Continuation patterns on the other hand will potentially give me pullback setups when unconfirmed and breakout setups once confirmed. More on confirmed and unconfirmed patterns later.

Flag patterns are a continuation pattern and my personal favourite. Reason being, if price is forming regular neat flag patterns and you are trading that instrument, then you are likely seeing good returns to your account. theoretically each flag offers an opportunity to compound.

A flag pattern forms when price takes a short breather before breaking out and continuing the trend. A flag should be between 2 and 11 bars. If it’s more then price is entering the realms of a consolidation or deeper pullback. A confirmation of a flag pattern in an uptrend takes place when price breaks and closes above the pivot high before price took a breather. Of course the reverse is true of a downtrend. The textbooks will say that the breather should form the shape of a flag and the breakout bar (flagpole) should engulf the entire move. In the real world that doesn’t happen often as the chart below shows.

123 tops and bottoms are another excellent pattern to know. They can be used as a continuation or reversal signal. In an uptrend they form when price forms a pivot low (point 1), followed by a pivot high (point 2), followed by another pivot low (point 3) that is slightly higher than point 1. The pattern is confirmed when price breaks and closes above point 2. 123s often give an indication that a fast, steep trend is about to emerge or continue. Therefore the identification of a confirmed 123 in your analysis can determine which entry type to use. A breakout entry would be most suitable for a fast steep trend.

A Fibonacci retracement tool can be used to specify where point 3 should come in relation to point 1 when identifying a 123. Point 3 should come to between a 78.6% and 94.1% retracement of point 1 for it to be classed as a 123. More than 94.1% and less than 100% is in the realms of double bottom. I know these are the less common Fibonacci levels used in the world of trading, but they are far more effective when it comes to 123 chart patterns.

Double tops or bottoms are probably the most well recognisable chart patterns. Unfortunately their use is often ineffective. Again you can consider them a continuation or a reversal chart pattern. In an uptrend a double bottom is a continuation pattern. Conversely, a double top could be a reversal pattern in an uptrend. Again the opposite is true for a downtrend. Using double tops as a reversal pattern is where a lot of traders go wrong. Speaking in probabilities, this is far less likely to work. The strength is with the trend, therefore trying to guess reversals based on double tops will result in more losses than wins. I use double bottoms in an uptrend to support my analysis and a trend continuation.

Double bottoms in an uptrend create when price forms a pivot low, followed by a pivot high, followed by another pivot low at the same level as the first pivot low. It’s important that this second pivot low does not breach the first. Otherwise you could consider this a new lower low, which by definition is the formation of a downtrend, not an uptrend continuation. Make sense? Not to worry the chart below will show what I mean.

A cup and handle will unlikely be as uniform as one in a textbook. They form when price creates a pivot high then retraces and forms are large rounded bottom. Price then retests the pivot high before forming another smaller, shallower rounded bottom. A cup and handle confirms when price breaks and closes above the line drawn across the two pivot highs. This shape is suppose to resemble a tea cup (the large rounded bottom forming the cup and the shallower bottom forming the handle). Again these chart patterns are best to support your analysis as a continuation pattern. Cup and handles especially are most visible on higher time frames, such as the weekly and monthlies where there is less noise.

Measured moves are when we expect price to move a measured amount based on the previous move. This is often true for patterns such as head and shoulders, cup and handles and double tops/bottoms. The measure comes from the extreme of the pattern to the neckline. So whatever that distance is we can anticipate price to move that distance again once the pattern confirms. While this can give us a target price, we shouldn’t rely on them to transpire. Anticipate rather than expect.

Do Not Solely Rely on Chart Patterns

Although chart patterns are an excellent way to add to your analysis, they shouldn’t be the only reason to take a trade. The use of patterns should be in combination with a number of other things, like support and resistance, price action, trend history and moving averages.

A good charting software is important when trading and identifying chart patterns. I use TradingView, which has very clean easy to use charts.

To sum up, these 5 chart patterns are the most profitable and accurate when trend trading. Although some can be used as reversal patterns, they are better used as continuation patterns to support your analysis. The patterns, alongside their potential for measured moves can add confidence and odds of success to your trades. Just remember to anticipate rather than and let your edge play out over time.

If you’re new to trading or are having a hard time in the markets, it’s time to change.

If my approach to the markets interests you, please get in touch: 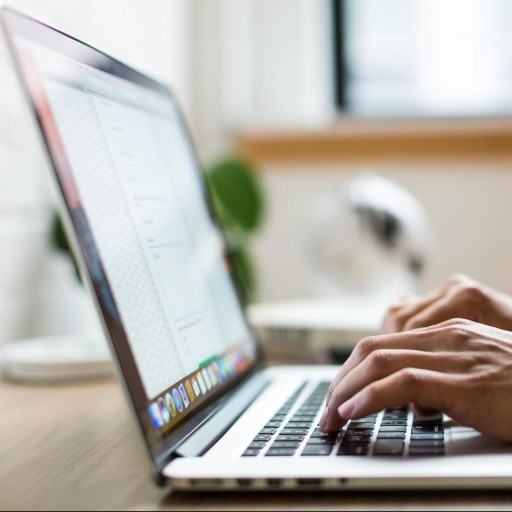 When do I Sell My Stocks